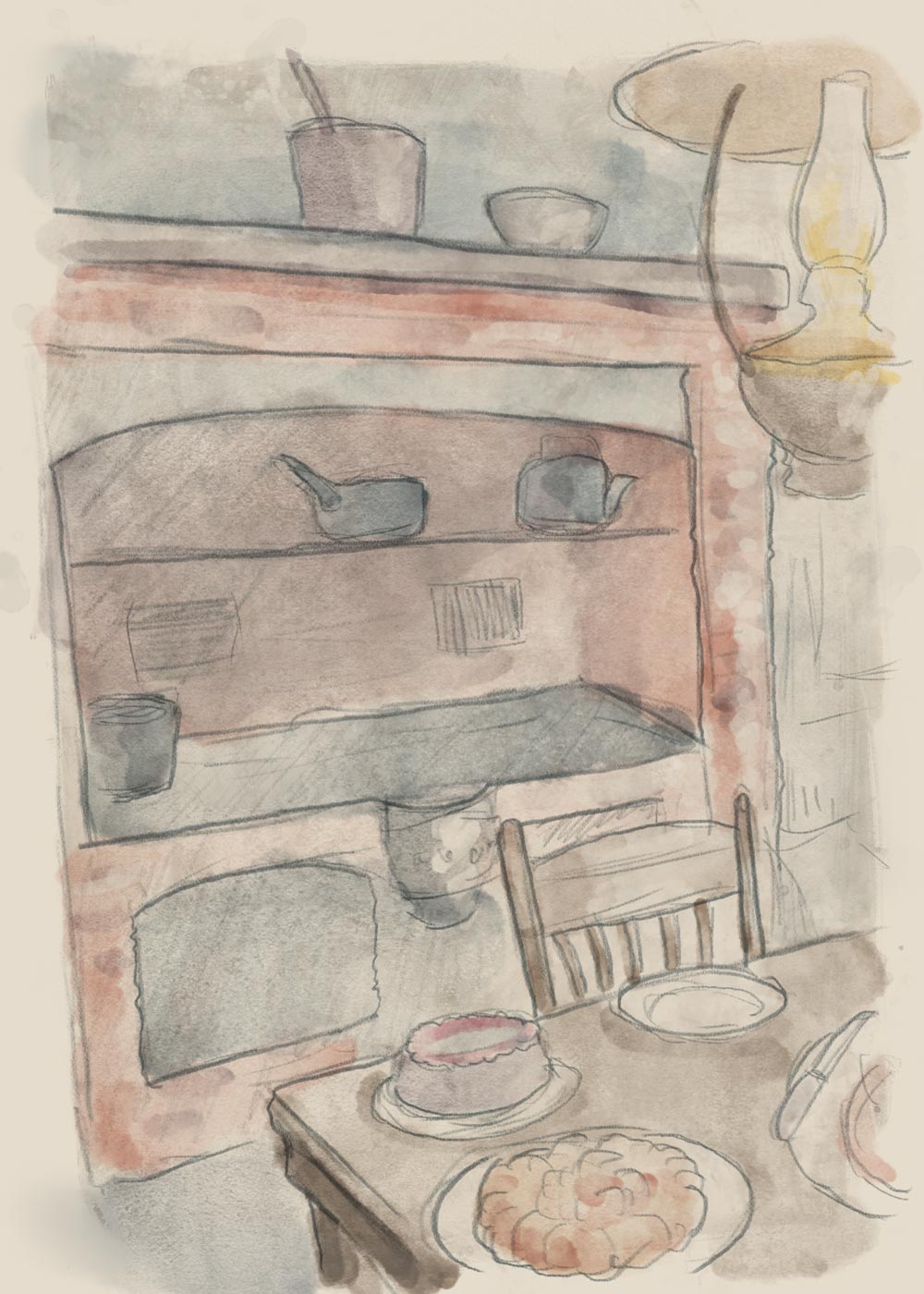 The large stove is the dominant feature of this room. It was built in Zanesville, OH and floated down the river. The Galighers were originally from Zanesville, OH. The large butcher block in the corner came from a Cairo grocery store. The tree used to make the butcher block was over four-hundred-years-old when it was cut. Outside of the kitchen is the pump room. This is where the food was loaded onto the dumb waiter and sent upstairs. The dumb waiter is no longer in use. Other areas of the first floor included a summer dining room used by the Galighers as well as areas for the servants.