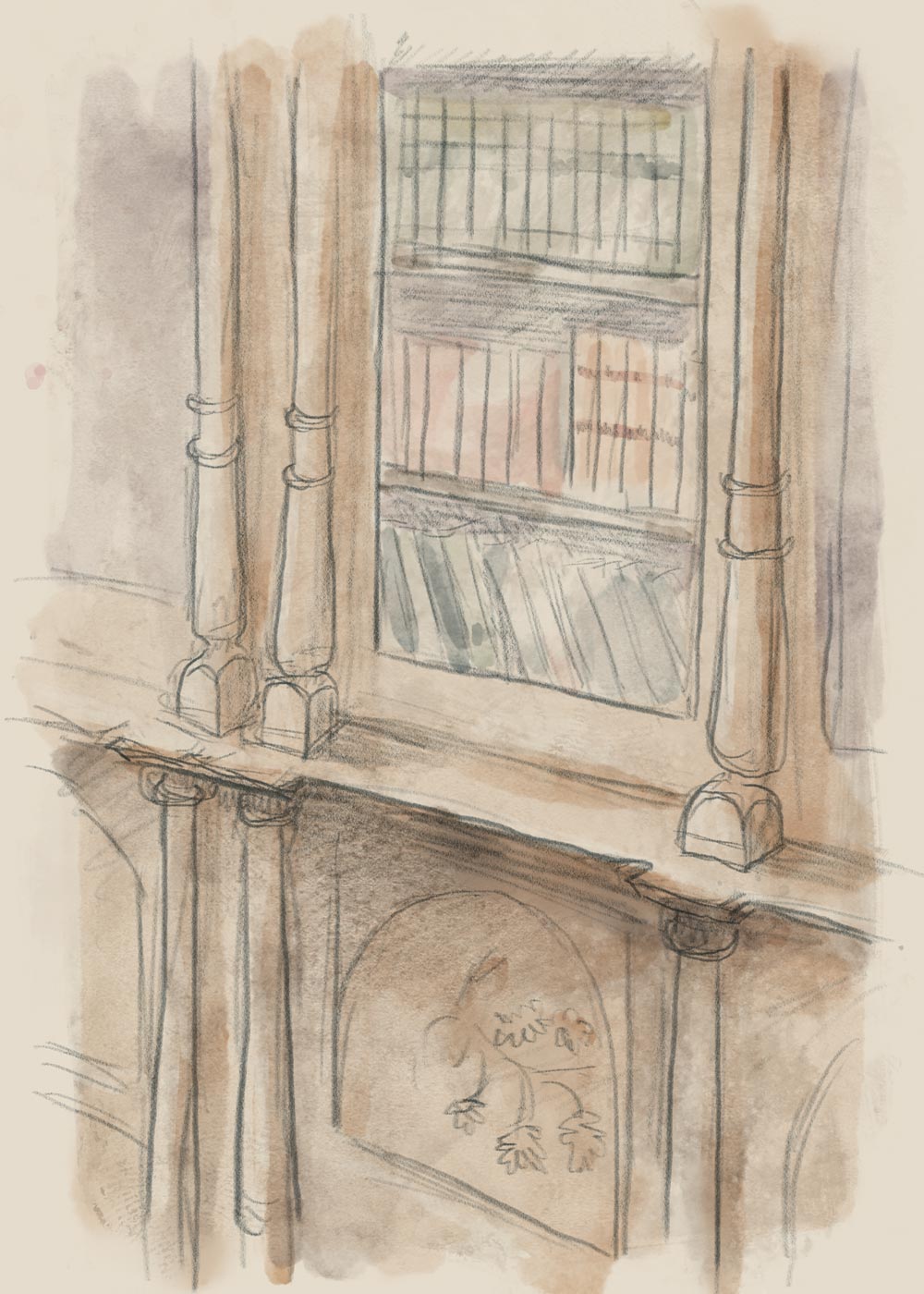 This room is also known as the sitting room. The most dominant piece of furniture in this room is, of course, the bookcase. The bookcase was hand carved by Mrs. Miles Gilbert, who lived in the Greenways. The Greenways sat to the north of the Manor on the opposite corner. The bookcase is actually in two sections that have been pushed together to appear as one large piece. It is supposed to be a likeness of one designed by Jerome Marlet which is now on display in the Metropolitan Museum of Art in New York City. The desk is an original Galigher piece. Over the desk are paintings of Mr. and Mrs. P.T. Langan who owned the house from 1912 to 1946. The painting over the mantle is called “The Nile” and was purchased by the Galighers in St. Louis for $500. The four pictures on either side of the bay window are known as “The Four Seasons” and original to the Galighers as well.